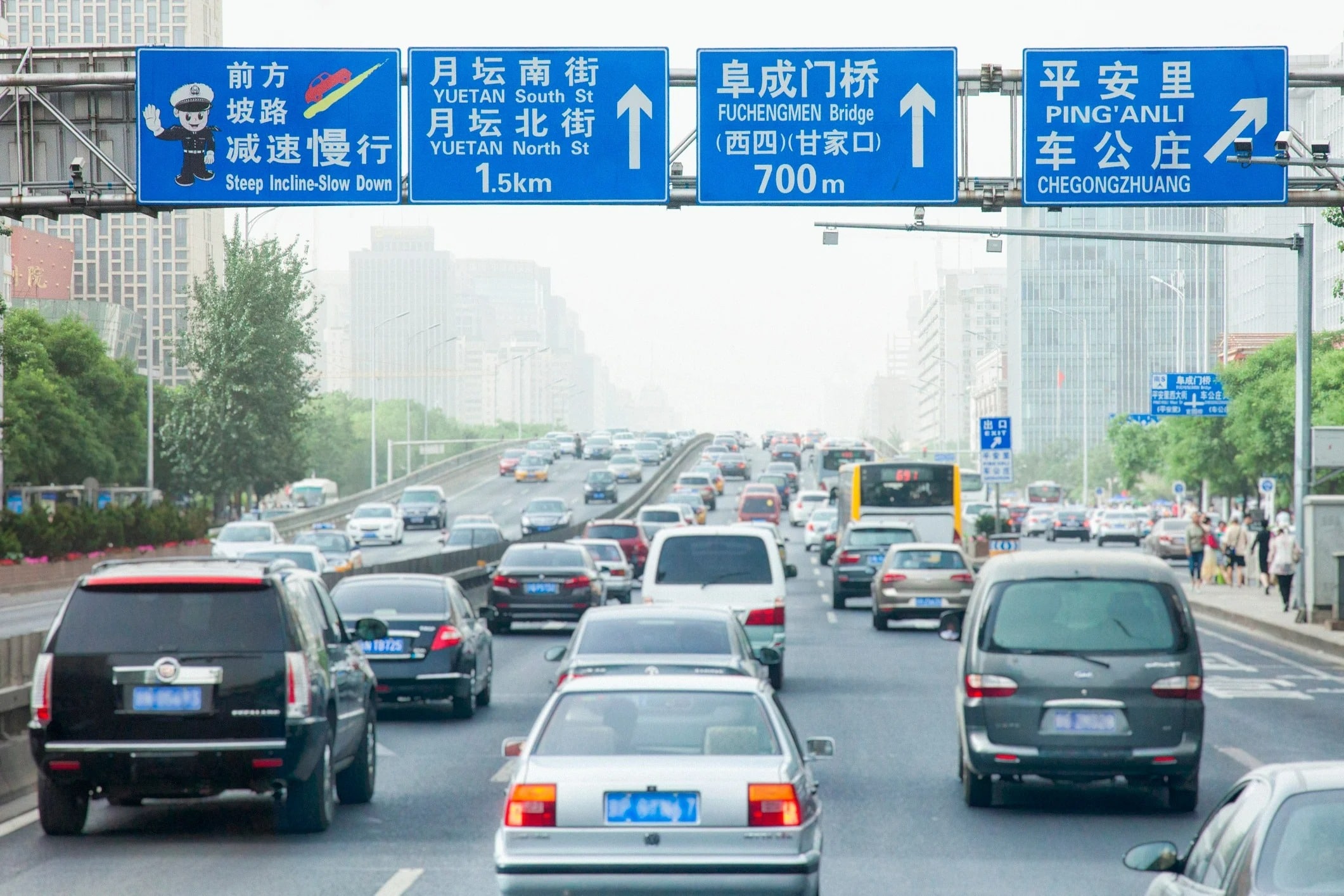 The butterfly effect is a concept that implies small causes can have large effects. This concept explains why any change (economic, environmental, political or otherwise) that impacts the glove manufacturing process sends shock waves across the industry, all the way down to the end consumers.

Geographically, the Asia-Pacific region is the epicenter for both the manufacturing of disposable gloves, and the raw materials they are comprised of. For example, in recent history, we’ve experienced how the implementation of new pollution laws in China are expected to raise the prices of vinyl gloves. The latest disruption in the industry is being caused by the spike in car sales in China. Not seeing the correlation? We’re here to paint the picture for you.

With car sales in China almost doubling in the last year, the subsequent sharp increase in butadiene price has been passed onto glove manufacturers, who in turn are passing these rising costs to suppliers and consumers.

A recent article in Bloomberg reported the raw material costs of nitrile gloves have jumped 45% since September 2016. The biggest cause of this jump is due to a little-known chemical called butadiene. Butadiene, which is a synthetic rubber often used in the making of nitrile gloves, constitutes for about 70% of total nitrile glove costs.

Why has the cost of butadiene increased? The swelling middle-class population in China are buying cars in record numbers, and the auto industry is the biggest user of butadiene, which is used specifically in the manufacturing of car tires.

Raising the costs and the stakes

This trickling-down could have negative impacts on both end users and the environment. In order to mitigate the risk of increasing cost, manufacturers, distributors, and users could have the knee-jerk reaction to switch to a different type of glove. This is not a decision to be taken lightly, as different glove types (such as latex and vinyl) are not suitable for certain applications, and might even pose a health risk! Additionally, the manufacturing of those nitrile glove alternatives has its own adverse effects on the environment. 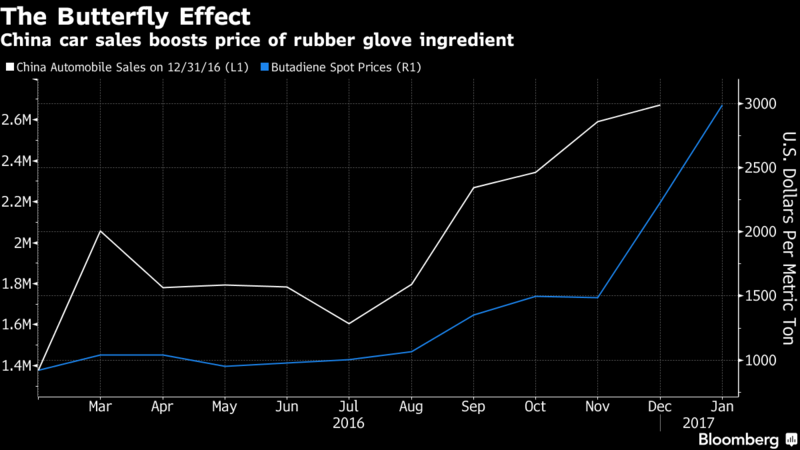 As illustrated in the chart above, butadiene prices have been rising steadily since March 2016 with a sharp increase mirroring that of car sales in China beginning in November. The President of the Malaysian Rubber Glove Manufacturers Association, which produces more than half of the world’s rubber gloves, has indicated the price of nitrile gloves will have to increase by about 10-12%.

With car sales in China almost doubling in the last year, the subsequent sharp increase in butadiene price has been passed onto glove manufacturers, who in turn are passing these rising costs to suppliers and consumers.

Eagle has over the years maintained a determined effort to keep prices consistent, so our customers could reliably forecast their budgeted spending. We will endeavor to continue to do this and as such will be absorbing the cost increases for the foreseeable future.

Here at Eagle Protect we don’t just supply disposable gloves, we partner with companies just like you to improve overall safety practices while supplying the highest quality of disposable gloves and clothing from certifiably responsible manufacturers.

If your nitrile glove supply is being affected by this spike in cost, contact us to request a free sample of Eagle Protect gloves today!